Montreal, Canada – October 9, 2009 – EA Montreal, a studio of Electronic Arts Inc., today announced that renowned film composer Tyler Bates will be creating the impactful score for the highly anticipated third person co-op shooter Army of TWO: The 40th Day. The sought-after composer, best known for his work on the blockbuster films 300 and Watchmen, is crafting an immersive score that will highlight the epic co-operative battles gamers and their friends will face in the first major videogame release of 2010.

“Set in Shanghai in the middle of a major a disaster, ARMY OF TWO: The 40th Day dials up the action through a series of powerful scenes where players have to work together as a team to survive and escape the city,” said Lewis James, Audio Director at EA Montreal. “Tyler examined every part of the game and how players will move through the world to craft a score that truly represents their actions and the chaos unfolding around them.”

“The 40th Day is one of the most intense games I’ve seen,” said Tyler Bates. “The setting, characters and action in the game provided me the perfect backdrop to create an equally intense and dramatic score that compliments the gameplay.”

With more than 50 films and 15 years experience, Bates is one of Hollywood’s most sought-after composers. In addition to Watchmen and 300, he has scored hit films such as The Day the Earth Stood Still, Rob Zombie’s Halloween and Halloween 2, and Showtime’s hit comedy series “Californication”.

“Tyler Bates’ score for The 40th Day is not only a stellar addition to this tradition but takes the Army of TWO franchise to a whole new level,” said Steve Schnur, Worldwide Executive of Music and Marketing. “Most of all, our collaboration with a composer of his caliber furthers EA’s continued commitment to creating the most groundbreaking new soundtracks in the entertainment industry.”

In this sequel to the multi-million selling 2008 break-out hit, private military contractors, Salem and Rios must fight their way through Shanghai to survive a carefully orchestrated series of catastrophes that are dragging the massive city to the brink of ruin. Now, the Army of TWO are trapped and must work as a team to survive relentless enemy assaults and escape the city collapsing around them. 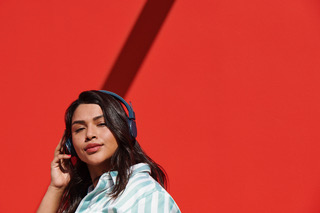